While the current parish only dates back some fifteen years there have been churches and parishes in this area for many centuries especially in Ceres and Kemback.

The history of the church in Ceres is a long and rich one stretching back almost 1,000 years. Ceres at one time came under the Culdee (monastic order) at St Andrews and would have been worked by some of the minor clergy belonging to the St Andrews settlement. In 1273 Ceres, along with other Culdee possessions, was handed over to the Roman Catholic Church. From 1306 to 1566 it was a Rectory held in conjunction with the Provostry of St Mary’s a religious house in St Andrews. St Sirus’s Kirk was built in 1560 and survived until at least 1785. The foundation of the present church was laid on 21st April 1806 with the tower and spire being added in 1852.

The church is capable of having a congregation of some 300 and is used for the larger services that the parish celebrates as well as normal services. There are plans currently being considered to refurbish and upgrade the church in the near future.

Kemback Church has an equally long history. The first church was a rectory founded in 1244 and was situated in the grounds of what is now known as Kemback House. The site of the church was moved, and the second church was completed in 1583 in what is the graveyard of the existing church. The building is now a ruin within the grounds of the graveyard. The present church was built in 1814 and there is a story that the bell and the belfry came from the ruined church and if the story is true then the bell rung to invite worshippers in Kemback has been in existence for over four hundred years.

Kemback Church is used for the more contemplative type of service as well as regular church services. It is also a popular wedding venue as it is an exceptionally pretty rural church.

The interior of Springfield Church has recently been refurbished, with the work completed in June 2019. It provides us with a bright, modern and flexible space. The building was renamed “Springfield Community Church” to reflect our desire to make the facilities available to the community. A growing number of community groups are now using the building on a regular basis. The Post Office also operates from the premises two mornings per week. 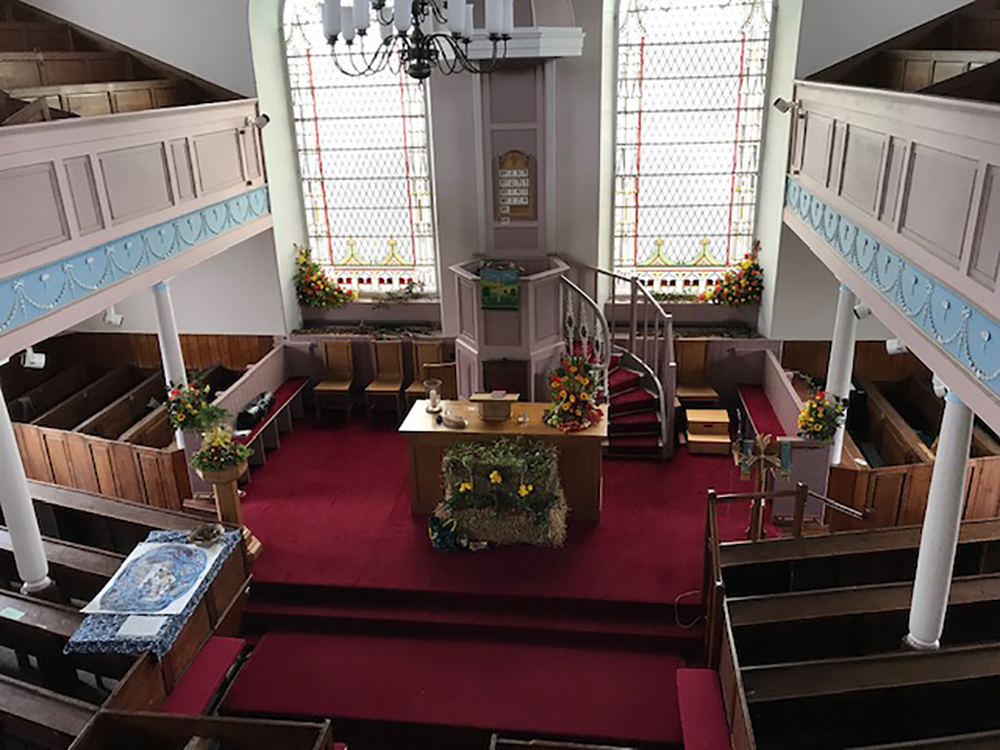